EXPECTS: Stokes hunger in people to strive for more 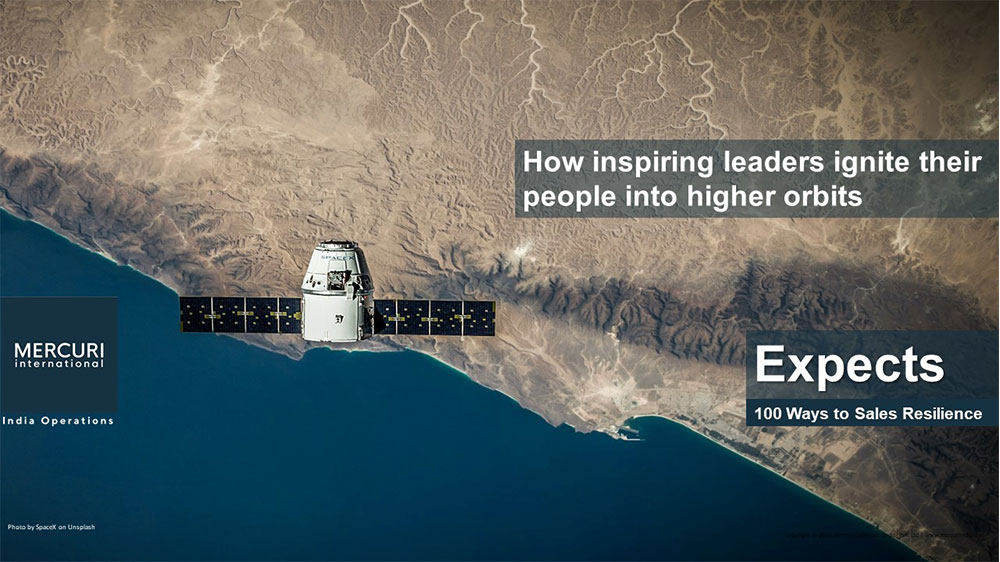 EXPECTS: Stokes hunger in people to strive for more

“So, you’re great at storytelling in selling?

Ok, let’s see if you can spot the sales management lesson in this story?” asked the June issue of Saleselllence an online magazine for promoting sales excellence

Fable of the Young Eagle that Thought it was a Chicken

There was a baby eagle who accidentally fell out of his nest. A farmer found him on the ground fearful and shaking. The farmer picked him up tenderly and brought him home. There were chickens and poultry he was raising in his farm. Not knowing what bird it was, the farmer put the baby eagle in the chicken coop and took good care of it. He thought it must be just a different variety of poultry. The young eagle grew up among the chickens, eating what the chickens ate and doing what his chicken brothers and sisters did. Like his mother hen, the eagle too flew short distances and never bothered to look up at the vast expanse of blue sky and clouds that floated by. The farmer started noticing that this young bird was very different and wanted to find out what it was

So, he sought out the man selling animal medicines in the village market. The animal medicine man knew many things about animals and birds. The farmer said to him “I have a strange bird growing up among my chickens. Can you come to the farm and take a look at him?” The animal medicine man accompanied the farmer to his farm. And the moment his eyes fell on the eagle, he knew what bird it was. But to his astonishment, the young eagle seemed to think itself to be a chicken. It strutted around the coop in circles, pecking at the food on the ground. The animal medicine man told the farmer “This a great bird that belongs to the skies. I don’t know what he is doing here” The farmer was confused. “I don’t think so”, he said “He behaves just the way my other chickens do. So he must be another type of poultry”

The animal medicine man knew that the young eagle had mistakenly convinced itself that it was a chicken. It was still an eagle at heart and by instinct. So, he picked up the young bird, set him on the fence and commanded: “Flap your wide wings and fly!” The eagle took one look at the man and then glanced back at his “brothers and sisters” with whom he was so comfortable. Jumping off the fence, he returned to his corner in the coop. “See,” said the farmer “This is just big sized poultry”

When all three reached the peak, the young eagle could no longer see the farm or the chickens or his “family”. All he could see was the limitless blue skies and the morning sun shining bright and brilliant. The animal man said to the young eagle perched on his hand “You belong to the skies and not to the earth. Look up, that’s your home. Now spread your wings and fly!” This time the eagle stared at the sunshine and the sky, stretched his large body and spread his massive wings. He flapped and flew into the valley slowly at first, then with greater certainty and power. With a mighty sweep of his wings, he disappeared into the distant skies

The comments section of the magazine had the following reactions:

XYZ wrote – “We all become what we’re expected to become. If we convince ourselves that we are chickens, we will never be able to fly. So, sales managers should expect their salespeople to live up to their potential. They should get their people to believe they are capable of achieving more and set their expectations high”

PQR wrote – “I became the success I am today because everyone around me expected the world of me. My family, my teachers and my bosses all shaped my destiny by expecting more from me than what I thought I was capable of. All the difficult sales targets I reached I would credit my managers for convincing me that they may look difficult but I can do it. Sales managers should create an ecosystem of high expectations”

Stoking the hunger to strive for more

Inspiring sales leaders accomplish seemingly impossible feats with their teams simply by narrowing or bridging the gap between what their teams are and what they can be.

They build resilient sales teams by holding up this compelling vision of a higher potential. The vision becomes a beacon that inspires team members to do a lot more than what they believe they are capable of.

Team members do more because their manager simply convinces them to expect more from themselves.

Uplifting sales managers use 4 levers to set in motion an irresistible spiral of positive expectations. For them the acronym to remember is OSLR

1. Openness – They translate higher expectations into tangible, measurable goals that their people understand and own. Example – “Double our prospecting calls to 900 this quarter “ To promote ownership, they set smaller, achievable stage goals that will get them closer to the larger goal, They regularly measure what’s done against what was planned with a simple set of metrics and measures

2. Stretch – Inspiring sales leaders stretch their teams by expecting more from them. They are careful however that the stretch is taut and doesn’t break the spirit by expecting what is humanly impossible. They let themselves be guided by compassion and empathy in striking this delicate balance

3. Learning – Learning excites people. It makes them feel competent and capable. Acquiring new skills and sharpening existing strengths raises expectations of doing more and better. Inspiring sales leaders take to care to train and upskill their people periodically before expecting more from them. They instill a learning culture that encourages people to see even errors and slip-ups as growth opportunities

4. Responsibility – They encourage their salespeople to assume responsibility for their commitments. They do this by getting everyone to see failures as opportunities to learn and course-correct. With the sting and stigma associated with failure removed, the need to hide or disown is also dissolved. Teams then become courageous about taking on bigger expectations

Like the animal medicine man in our story, inspiring sales leaders prove to their teams that they are eagles destined to conquer the skies and not chickens foraging for food on the ground.

Pause to reflect: “Inspiring sales leaders, accomplish seemingly impossible feats with their teams simply by narrowing or bridging the gap between what their teams are and what they can be.”

Action Question: For each of your team members, given their unique strengths and development needs, what are 3 ways in which you can get them to expect more from themselves?

About the series:   This is the 69th in a series of 100 Posts that seek to build your #Sales Resilience ... as an individual salesperson, as a sales team, and as a sales organization. Because a Resilient India needs Resilient Sales. 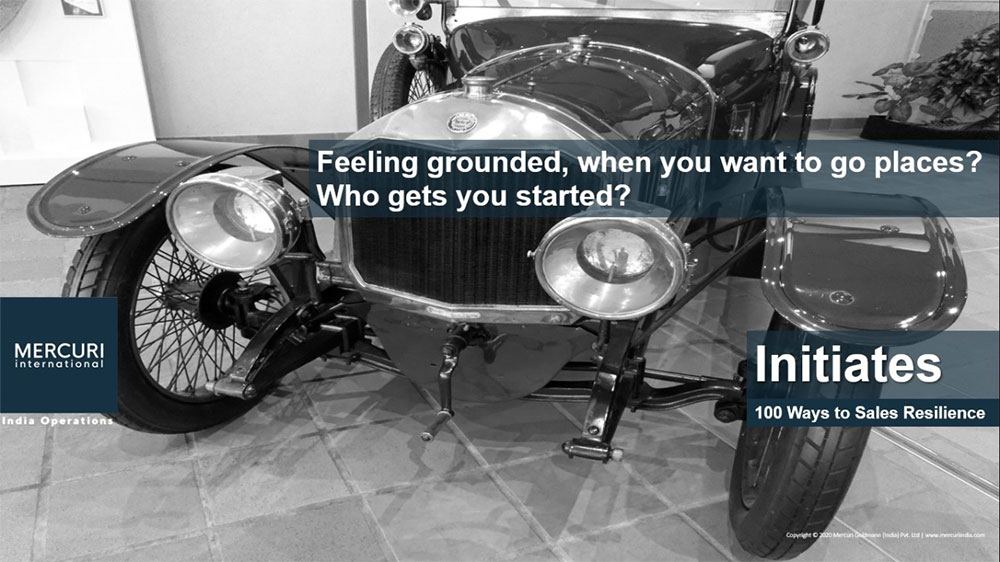 66.INITIATES : Does the right thing without being told and empowers people to do the same

How can you feel less caught up and more ahead, create self-starting team members and achieve audacious goals? Adopt and practise this one positive sales behaviour … 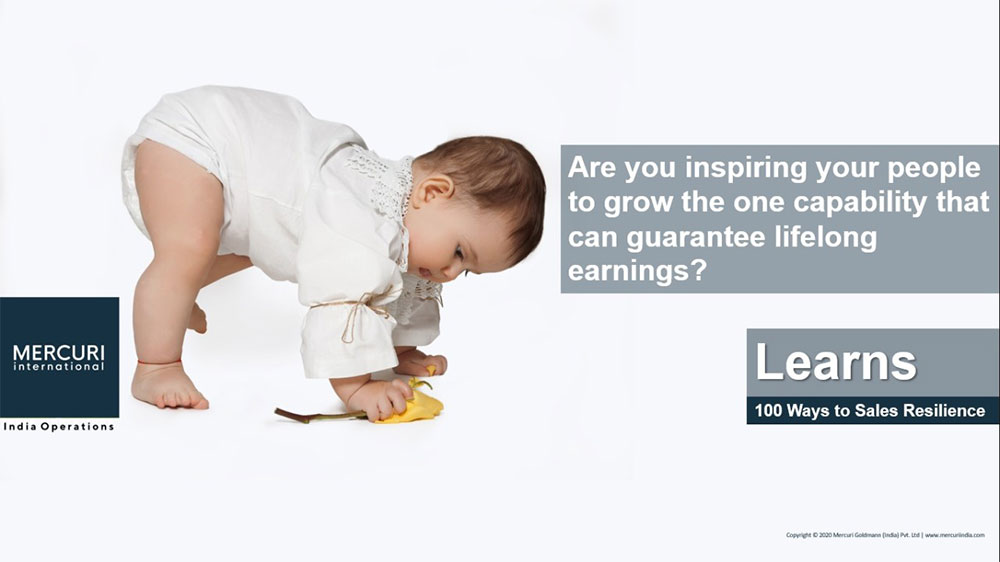 64.LEARNS: Fosters continuous learning in self and team for sustained and enduring growth