MENTORS - Enjoys sharing own stories and tools to help others succeed​ 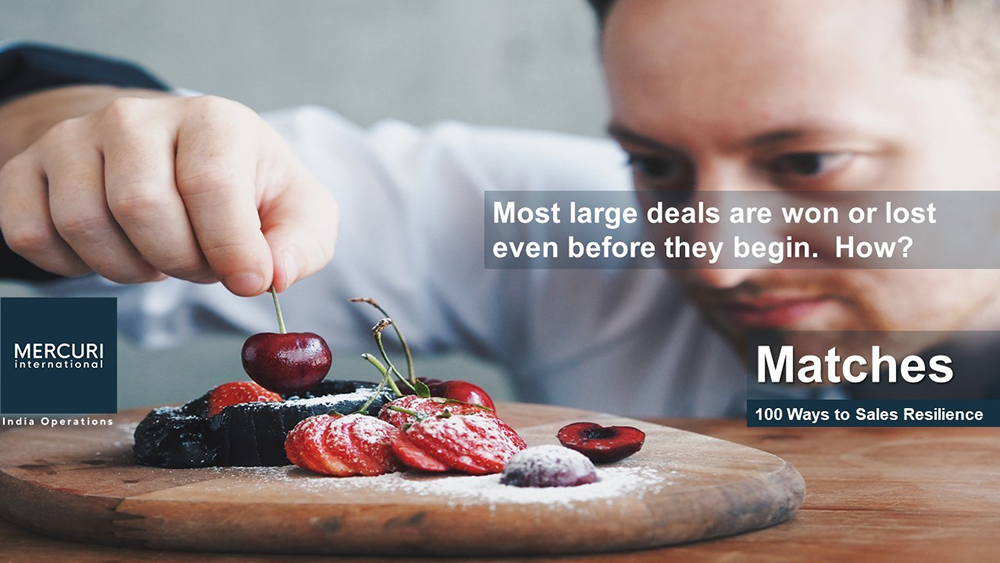 MATCHES: Picks a sales team that has people best suited to deliver on critical sales tasks

“This is like asking my wicketkeeper to pull his gloves off and bowl to a star batsman” said Dhiren “I’m not comfortable”.

Dhiren led Project Deliveries for Future Urban Mobility Systems Ltd (FUMS). The company had won a bid to implement a mobility changeover to e buses in an emerging market metropolis. FUMS offered expertise in total mobility transition with an integrated approach that covered both hard components like high voltage transmission systems and software for drive control electronics and energy efficiency

Javed, VP Emerging Markets Sales offered a smile in return. “I like that metaphor, Dhiru” he said “I too feel like the cricket selection committee chairman. So, why do I want Sanjay to front end this project? I admit it’s an unusual choice. You remember you guys objected to his coming on the project sales team a year ago, when this whole thing started. You people said “We hired Sanjay for a sales role, Sanjay hasn’t done much selling. We have used him largely for his deep expertise in drive systems and mobility transition” . I said “That’s the very same reason I want him included on the team. We were working to win a prospect who wasn’t so conversant with the technology here. And I saw Sanjay as the most suitable candidate to fill that critical gap for the Client. Thank you all for winning this deal. And, giving me another opportunity to impress on you that this is how large deals are won or lost much before they begin”

“Are you saying Sanjay was the reason we won this deal” asked Dhiren.

“Come on, Dhiren”, chided Javed with a smile. “Of course the team did it. At the same time, remember every opportunity has its critical smaller wins, before the big one. Okay. This is what happened with Sanjay. I had a conversation with the CEO of the city’s Mass Transport Corpn after we won the deal. Remember we were never the front runners to get this project. There were several other global bidders. So what got us the bid? The CEO was candid. He said “I credit Sanjay, your technical lead with convincing us that this project was doable. He deconstructed the entire technical proposal for us and showed us how our e transition goals can be met. Can we continue to consult him as the project progresses?”.

“This is a new angle” said Dhiren “I didn’t know this. I now see why you want Sanjay to front end this project”

“Am glad you get it!” said Javed. “The cross sell and upsell opportunities that will come up have a better chance of clicking if Sanjay front ends this. You guys can support him to ensure the sales side is effectively closed. Dhiru, getting the best out of your sales team is ultimately about matching challenges to people and people to challenges. Let’s not forget that even the lead for this project was the result of an innocuous inside sales conversation. Because we have matched the inside sales roles with people who have a sales flair beside technical understanding, opportunities like this come up for us. Like a champion chef, who knows his wins and losses are decided much before he gets into the kitchen. Am I communicating, People?"

“Got it Javed” said Dhiren “Let Sanjay bowl. We will set the field that will get him wickets”

“All the best skipper” said Javed

Effective sales leaders also understand that market changes are a constant and need to be taken as a given. Similarly, people whom they get to work with are also a constant. They make the best of mastering fluid and changing market conditions by smartly matching their people to jobs that will fully use their strengths to generate more business. In matching people to jobs and jobs to people they take into account factors such as (i) Level of oversight required (ii) Need for cross functional collaboration (iii) Depth of technical expertise called for (iv) Number and depth of interactions needed through the sales cycle (v) Nature of closure – “Shoot, conquer and move” or “Pitch a tent and farm for harvest”

Another element considered by effective sales leaders is suitability of the person for the job on hand. Their experience tells them that eligibility considerations are alluring but may not be sufficient to deliver results. In our story, Sanjay wasn’t fully fulfilling eligibility for front ending the project delivery but he was eminently suitable for the job as the VP sales pointed out.

Building resilience into large project sales teams begins with assigning the most critical challenges to the most suitable people, who have the unique strengths to deliver on that challenge. In doing so, they win the deal before it begins.

About the series: This is the 56th in a series of 100 Posts that purport to build your #Sales Resilience.. as an individual salesperson, as a sales team, and as a sales organization. Because a Resilient India needs Resilient Sales. 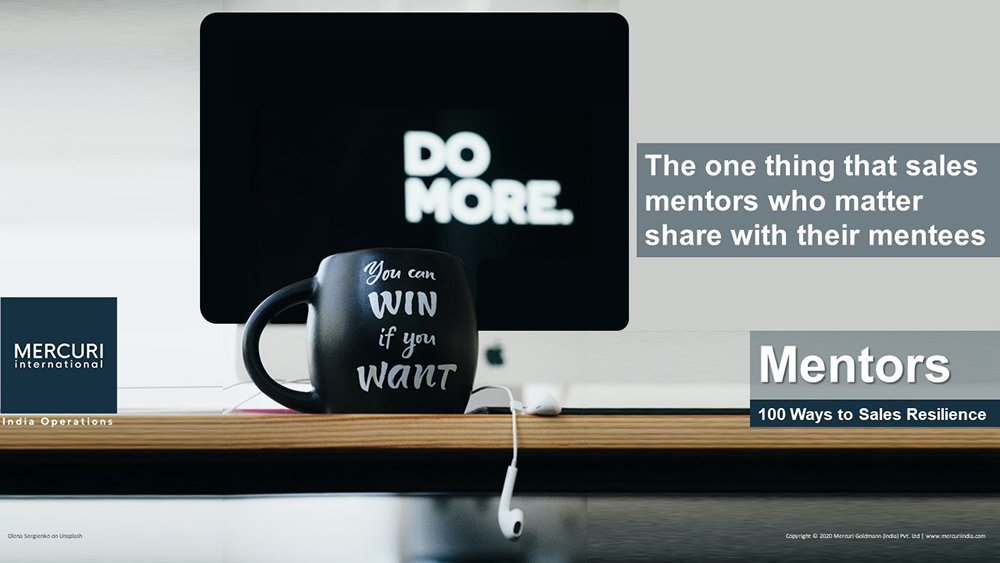 54.MENTORS - Enjoys sharing own stories and tools to help others succeed

Mentoring conversations usually involve sharing of work experiences. Extraordinary times clearly call for much more than that! What could it be? 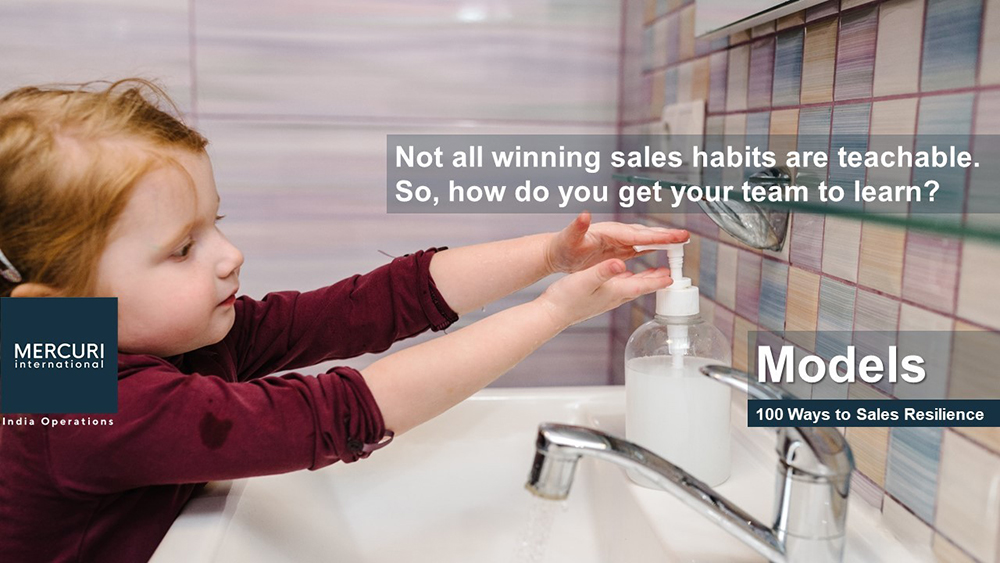 What is the change you want to see in the sales habits of your people? Did you know that it takes just one person to live that change, to make it happen for your people? Who?