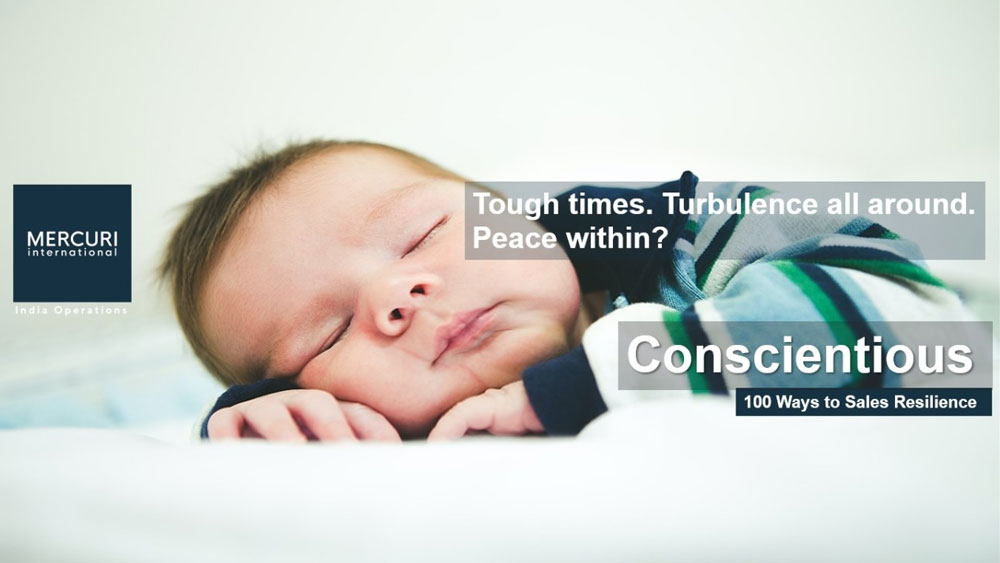 “For this edition of Vistas of Wisdom (VoW), we have pleasure in presenting a much loved business leader and sales veteran Ramki Ramakrishnan” Deepak announced.

Consultant Deepak was the favorite compere of VoW, a monthly online learning initiative of Startup Hive. Formed by a group of young entrepreneurs, VoW invited business leaders, industry doyens and domain experts to share their life learnings with the group.

“Ramki doesn’t need an intro” said Deepak “There’s no one in this group who doesn’t know him and admire him. Still a couple of interesting things about him. First, Ramki is 80. But his looks, habits and intellect clearly tell you he doesn't believe in that. Secondly, he recently retired as the CEO of XYZ Ltd. But at heart, as he says, he’s still a salesperson first. Let’s listen to Ramki then. Your screen Sir”

Ramki smiled at the camera and waved his hands in a gentle sweep. “It’s been one heck of a ride. A 45 year roller coaster. I enjoyed it, every single second of it. Like any good salesperson, I believe I shouldn’t waste my Customers’ time or audience’s time just because I've got their attention. So, I have just one simple slide to share that sums up much of the important stuff I’ve learnt. After that you ask questions and I answer. Is that a deal? Fine, here let me share my screen”

The slide on the screen read:

- When a great leader’s job is done, his people feel they did it themselves

- Tall leaders, particularly sales leaders, never let go of their inner compass even when their world seems to be falling apart

- Their beliefs make up a GPS for them to navigate an uncertain, often volatile world

- The best startup funding or business funding is sales. Sooner you make sales happen the lesser you will need other difficult funding options

- Toughest competition will always be Yourself

- The biggest illusion is that You are making it all happen. You are nothing without your teams

- After one hangs his boots, the greatest reward for a sales champion is being able to see his Customer in the eye and feel the warmth of a relationship that goes beyond deals won and lost.

- Stay aligned to your values, in good times and tough times, no matter what or who

Q&A followed. Finally an entrepreneur asked – “Sir, can you tell us in one word, what can be good career philosophy?” Ramki closed his eyes for a second. Then he brightened up with a smile. “Ok, my word of choice would be CONSCIENTIOUS. What does that mean? Just this. Practice exemplary values at work and meticulous diligence in execution”

“Thank you so much Sir", said Deepak, "Now I request Sam and Faran who have worked with Ramki to share some random of memories of Ramki's sales leadership”

Sam laughed “Ramki’s performance appraisal and promotion recommendations were always accepted more than they were debated. His Customers often went willingly beyond what they can were inclined to pay. Later they confided they weren’t sure why they did it. His team was ever willing to go the extra mile. They never needed any extraneous carrots or sticks. When chips were down, his people got into action on their own”

Faran said “I have never seen him being disturbed by his team for approvals. I always felt that he worked many levels above the position he occupied and did so effortlessly. He had CEO written all over him. His people felt free to open up and share things from their personal lives that impacted their job performance. I have done it myself so many times. I wish I could master the way he responds to successes and failures with equal enthusiasm. It doesn’t seem to matter to him whether he wins or loses ... They don’t make Ramkis anymore!”

Resilient sales leaders who rise to the top, are conscientious at two levels. One, they are meticulous and careful in their execution. Two, they are driven by the dictates of their conscience in their commitments to Customers, business and their people.

They are guided by their inner sense of values in making difficult decisions. For instance, they will never disparage or undercut a competitor just to gain business. They will not flinch from accepting responsibility for the shortcomings of their teams. They will not make promises to Customers that cannot be fulfilled, even if it costs them deals

Tough times, turbulence all around ... But peace within

Also, being conscientious drives them give off their best in any situation. This helps them make peace with the results whether favourable or otherwise. They know that the softest pillow for a good night's sleep is a clear conscience that comes from doing your best and staying true to your values

Pause to reflect:  “Practice exemplary values at work and meticulous diligence in execution”

Action Question: How aligned are your sales behaviours to your sense of values? What can you do to get even better?

Related Readings: Mercuri Mail Dec 2010 feature on What are my values?

Takeaway Quote: “The fellow whose verdict counts most in your life is the one staring back from the glass.” - Peter Dale Wimbrow Sr.

About the series:   This is the 62nd in a series of 100 Posts that seek to build your #Sales Resilience.. as an individual salesperson, as a sales team, and as a sales organization. Because a Resilient India needs Resilient Sales.

92. MIRRORS: Reflects back remarkably to build rapport with Customer

"Some sales professionals mesmerize Customers with their conversations and charm them into closing. Is there a way to learn their secret?" The Sales Coach answers that question today 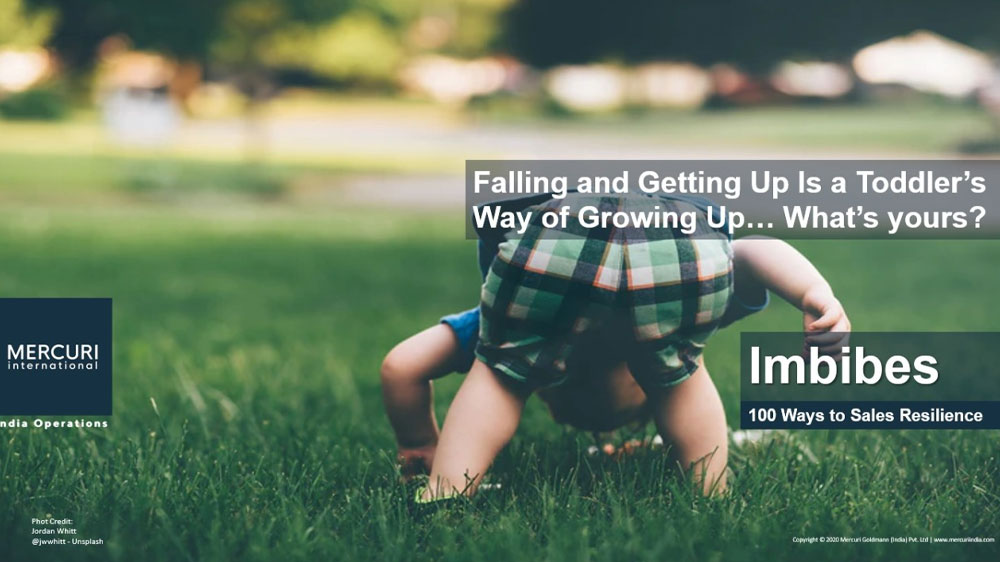 91. IMBIBES: Makes every interaction a learning opportunity for self and people

You win some. You lose some. What is that ONE thing you must never lose?